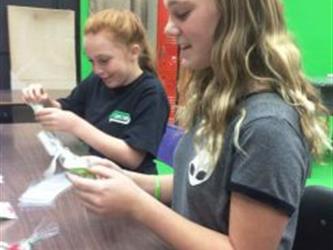 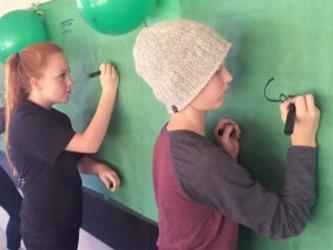 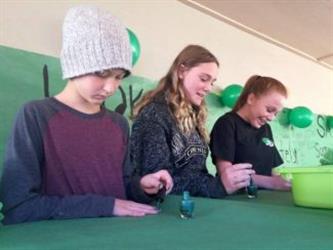 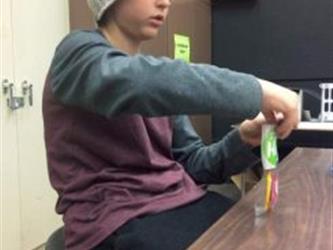 Article from THE UNION

The Sandy Hook massacre took a toll on Penny Collins.

The 2012 shooting in Newton, Connecticut that killed 20 kids and six staff members put Collins on edge. The San Bernardino shooting that killed 14 and seriously injured 22 last December sent her over.The mother of two Grass Valley students decided to take action.“I became really affected by the Newtown news,” she said. “It really shook me to my core. It wasn’t until San Bernardino happened that I became overwhelmed by it. The very next day I saw the Sandy Hook Promise online — I hadn’t heard of it — so I thought, ‘I’m going to check it out.’

“When I read about the families who had the unthinkable happen to them, and then found a way to forgive and to do something to try and change things, I thought, `This is what I have to do to try to change things.’”Penny Collins

Last week, Collins took Sandy Hook Promise’s “Say Something Week” to Lyman Gilmore Middle School. The program trains children and teens to look for red flags, particularly on social media, so they can recognize behavior that may indicate someone is considering harming themselves or others.

Collins contacted Lyman Gilmore Principal Chris Roberts, who immediately embraced the idea of becoming the first Nevada County school to host the “Say Something Week” program. Teacher Marie Kittle got involved, and together they organized the week-long event.

Each day had a different theme and purpose.

On Tuesday, the focus was on looking for warning signals.

On Wednesday, kids were taught to act immediately and take warning signs seriously.

On Thursday, everyone went home with a card that included the “Say Something Week” pledge on one side, and the name and number of a trusted adult on the other. Each student’s trusted adult also received a card, which featured the names and numbers of Lyman Gilmore personnel they could contact.

Finally, the week ended on Friday with students signing the “Say Something Week” pledge on a large mural and painting their fingernails green. There was also a drawing for a green T-shirt.

Sandy Hook Promise, a nonprofit organization, was born out of the grief suffered by the parents who lost children in Newtown. Their goal: How do we address gun violence in our country? Research indicated in roughly 70 percent of violent acts, someone knew about them ahead of time.

“The whole concept is, if we just said something when we heard about it they could make a change,” Kittle said. “It’s looking at your social media, texting, looking for things that make you uncomfortable, things your friends wouldn’t normally say, some of those weird feelings you get from those posts. The kids, all of us, don’t take those seriously.”

Roberts said understanding the importance of what goes on outside of school, affecting what goes on during class, made bringing the program to Lyman Gilmore a no-brainer.

“Kids need help on so many different levels,” Roberts said. “Academics is a big piece for us. That’s what schools are for. But what we recognize is kids come to school with a lot of other things going on in their lives. Helping us reach out to them and meet them on their level is really important.

“A lot of times the things that go on outside of school get in the way of them learning here.”

Collins and Kittle, who did the bulk of the administrative legwork, turned “Say Something Week” into a group project, enlisting the school’s leadership program.

“I got involved with ‘Say Something Week’ because I thought it was fun and I really like helping the community,” Harnack said. “I felt people need to hear more about it because it’s just a little thing. It needs to become a bigger thing.”

The program was a hit with both the teachers and the students, Vielhauer said.

“Before we started this, nobody really understood anything about it,” he said. “Once we got into it, everybody just started realizing how serious it was and really started participating.”

Sandy Hook Promise’s stated mission is to “Prevent gun-related deaths due to crime, suicide and accidental discharge so that no other parent experiences the senseless, horrific loss of their child.”

Collins said she recognizes any conversation that deals with gun violence runs the risk of alienating gun rights supporters. One of the appeals of the Sandy Hook Promise is that gun control is not at the heart of its mission.

“One of the things that really drew me to this program is it kind of takes the gun debate out of the equation,” Collins said. “It doesn’t take it completely out of the conversation, but it’s very Second Amendment friendly.

“These are families that believe in Second Amendment rights. I have actually found that many of my friends who are responsible firearm owners really embrace it because one of the programs they offer is how to secure your firearms when you have children.”